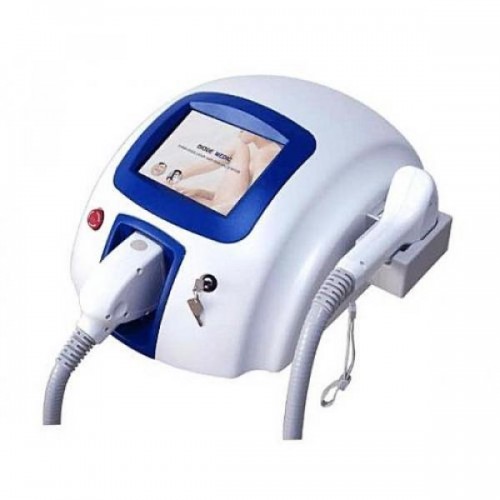 The company “EMS Beauty” presents the advanced diode laser Adriano at three wavelengths. The presence of several types of radiation expands before the beautician the possibilities of carrying out various care procedures.... Read more...

The company “EMS Beauty” presents the advanced diode laser Adriano at three wavelengths. The presence of several types of radiation expands before the beautician the possibilities of carrying out various care procedures.

Adriano laser is designed to perform the following manipulations:

hair removal of any type of hair from the skin of all phototypes;

reduction of excessive hair growth in women and men;

elimination of the problem of ingrown hair;

elimination of irritation after shaving;

removal of tattoos and tattooing.

In addition, the laser effectively copes with the lack of nutrition of cells, supplying them with oxygen, and also corrects the disturbed biological processes of the body.

Since Adriano is equipped with three wavelengths, you should understand how each of them works:

This type of radiation is generated by an alexandrite laser. Its capabilities allow you to eliminate unwanted hair of any type, even thin, light and gray. This is despite the fact that the main purpose of the laser is the pigment melanin. Directed laser radiation heats the pigment in the hair follicles, causing its destruction. Hair is burned immediately, so after a session a person leaves with smooth skin, and the follicles die off within a few days. A large spot size is considered a feature of radiation, which allows you to quickly process large areas of the body, thereby reducing the duration of the entire course of procedures.

This wavelength is generated by a diode. A diode laser is considered the gold standard in hair removal because it can be used on almost all skin phototypes. The principle of operation is the same as that of alexandrite - selective photothermolysis, but the presence of an excellently working cooling system prevents overheating of the skin and the appearance of burns or spots on it. After diode laser hair removal, the hair falls out a few days later, indicating the final death of the follicle.

1064 nm radiation is generated by a neodymium laser. Its principle of operation is not like previous lasers. Since such a long-wavelength radiation cannot be absorbed by melanin, blood vessels coagulate: the laser energy disrupts the flow of blood and nutrients to the bulb, as a result of which it dies. It is due to this feature that neodymium can be used on skin of any color without the risk of provoking a burn or a change in pigmentation.

To help you understand why Adriano is considered one of the best of its kind, check out its benefits:

The device is equipped with two operating modes - stationary and in-motion. This allows you to process even small, hard-to-reach areas of the body.

The presence of a large spot size makes it possible to quickly process large areas, as a result of which the duration of the procedure and the entire course as a whole is reduced.

Performing the manipulation is absolutely comfortable and painless for the patient, as the device is equipped with sapphire and thermoelectric cooling.

The absence of overheating of the apparatus is achieved due to the combined operation of air and water cooling.

The manipulator of the device is equipped with a resource of 4 million pulses, which allows for a long time to operate the equipment without replacing components.

All parts of the installation are imported, which ensures guaranteed stable operation of the laser for a long time.

In addition, the installation is lightweight and compact in size, so it easily fits into any space, as it will not take up much space.

It is forbidden to use a laser for such contraindications:

chronic diseases in the acute stage;

oncological processes in the body;

pathology of the endocrine system;

inflammatory and purulent processes of the skin;

Performing manipulations in the presence of at least one of the above conditions can seriously aggravate the patient’s health status.