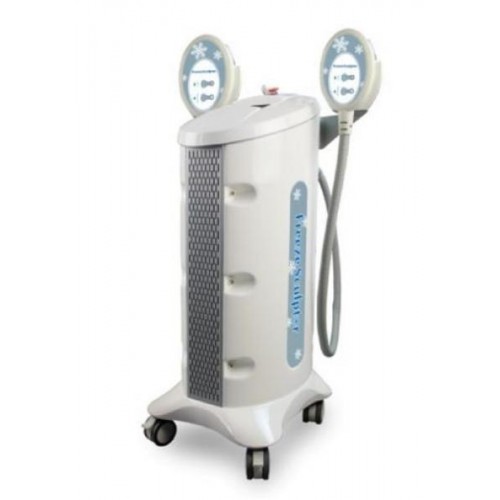 Cryolipolysis CoolSculpting or, as is also called, is a non-surgical method that is applied to reduce local fat deposits on the body. Cryolipolysis boils down to layers of fat under the skin by means of the so-called Cry... Read more...

Cryolipolysis CoolSculpting or, as is also called, is a non-surgical method that is applied to reduce local fat deposits on the body. Cryolipolysis boils down to layers of fat under the skin by means of the so-called Cryolipolysis / Cryolipolysis cool such that the fat cells -the cold sensitive than are the surrounding tissue -. Die. The dead fat cells are then removed from the body in the natural way. There is scientific evidence that the method of CoolSculpting works. It reduces body fat in the treated areas. The result is permanent, since the body can not form new fat cells.

The so-called Kryolipolysis technique was developed by the American doctor Rox Anderson. He has in studies with children who have sucked too long popsicles, found that they ve lost fat deposits in the cheeks. It has long been known that fat reacts at significantly lower temperatures than other fabrics and solidifies. With this knowledge, the company has developed in collaboration with Zeltiq Dr. Rox CoolSculpting technology.

It was developed a device that makes it commercially, cool precision with body tissues to the temperature, "freeze" in the fat cells and then disappear. In medical institutions which have such devices, called Cryolipolysis treatment is now being offered.

Cryolipolysis is a simple and painless treatment associated with few risks. It is performed by a doctor or a nurse, who were trained in the application of the device. The patient can follow directly after the treatment ordinary activities.

As with liposuction is Cryolipolysis a method to remove stubborn local fat deposits in patients who are otherwise in good shape. It is not a method for the treatment of general obesity.

Cryolipolysis is mainly to used to reduce fat on the abdomen, hips, back, bra strap, back of the arms and on the inside and outside of the thighs.

The final result of a Cryolipolysis can be seen only after 2-3 months. The manufacturer of the product refers to studies that show a 20% reduction of fat in the treated areas. Other studies indicate at least 10%. Normally 1-3 treatments per area are carried out.

Cryolipolysis can not replace the traditional liposuction, however, offers an alternative for those people who are looking for an easier, painless and non-invasive treatment.

Expiration of a Cryolipolysis treatment

A treatment with Cryolipolysis IPMENT S80B lasts 1-3 hours and the patient can return to your daily activities immediately after the treatment. At the beginning of treatment, the initial position of the patient is determined and documented by weighing, measuring, photographing etc.. When the preparations are completed, the patient takes on a mooring, on the one semi-sitting or lying down during treatment is, whichever area is treated. The treatment provider cleanses the skin, marks the area to be treated and wearing a jelly-like cover material to the treatment zone. Thereafter, the treatment mouthpiece is attached. In this mouthpiece, a vacuum is generated which sucks the skin in the direction of two cooling panels. This is the so-called Cryolipolysis in transition.

Some patients receive uncomfortable feelings when the tissue is cooled to about -12 degrees, which are needed to achieve the desired effect. The feeling is similar to a cold packs on the skin. This is however not significant pain and during treatment, you can read newspapers, chat or watch TV. After treatment, the mouth piece is removed and the treatment is completed and the treated area is massaged. Redness, hyper-sensitization, slight swelling and numbness in the treated area may occur up to a few weeks after the treatment, but not in a way that it affects the patient in his everyday routines such as work, sports etc. would.